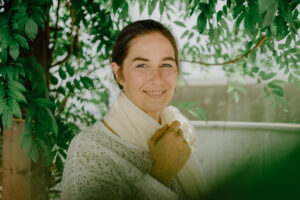 As a healer and health practitioner, I teach Yoga, Feldenkrais and Personal Development – for many years now. My civil name is Juliane Kosarev.

Born on 22 March 1969, raised by German parents in France and Geneva, I am familiar with different languages, different ways of thinking and different cultures.
My grandfather’s quantum physics (Heisenberg) made the change of perspective appear to me to be the most desirable thing, so that after graduating from high school, I turned to acting (Max-Reinhardt-Seminar Vienna and Otto-Falckenberg-Schule Munich). In this way I not only got to know myself very well, but also learned to walk in “other people’s moccasins” – an expression of my deep compassion. I learned to become empty, to understand myself as a tool and to use myself physically as such. And in the creative process I learned a lot about being present. My most important teacher from this time is Martin Gruber.

Nothing human is alien to me.

But neither the wonderful artistic profession (award-winning, highly praised and scholarship supported) nor a marriage with a special person (doctor and healer from St. Petersburg, the marriage remained childless), nor psychology (studies begun at the LMU and therapy) or philosophy (perhaps with the exception of cognitive theory) were able to satisfy my great longing – it was of a different, a spiritual kind.

My spirituality developed in my parent’s christian alive environment from childhood angel seeing, Lutheran confirmation, shamanism, Taoism and Zen meditation to Buddhism with Boddhisattva vows and veneration of saints. In the year 2008, realization of the universal consciousness took place, an experience of the unity of all that is – which completely transformed my life.

Since then, I carry my spiritual name – which I had received it some years earlier.

The integration took many years, touched illness, sexuality and death – so to transcend temporality, and to alight fully in the love of NOW. Bhakti Yoga, Sarva Dharma and interreligious dialogue are expressions of this. Now, there is this peace … higher than all reason.

To hold Radha and Krishna in my heart, and to be in touch with the most cherished Divine Persons like Mother Meera, Masahisa Goi, Sai Baba, Ammaji, Ramana Maharshi, Jesus Christ, Keiko Ito, Krishna Chandra and the Communion of Saints – to whose lotusfeet I bow – unfolds always new blossoms of recognition and bliss. In the Vedic scriptures, spiritual practice and opening of the heart, I find eternal sources of inspiration. Service is my unchangeable concern.

From this inner place, it is possible to penetrate the darkening layers of consciousness, with which one is inevitably confronted if one lives in Germany after two world wars.

Since 2005, I have been working as a healer and health practitioner in Hamburg (HP Academy Munich, Arcana Heilpraktiker-Schule Hamburg) in my own practice, and wherever I am invited to. I also like to teach, how people can deal with themselves so they don’t get sick in the first place. This becomes increasingly important… 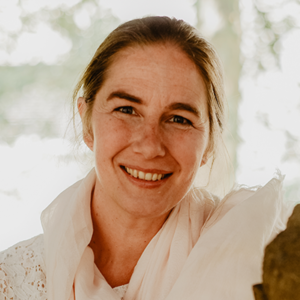